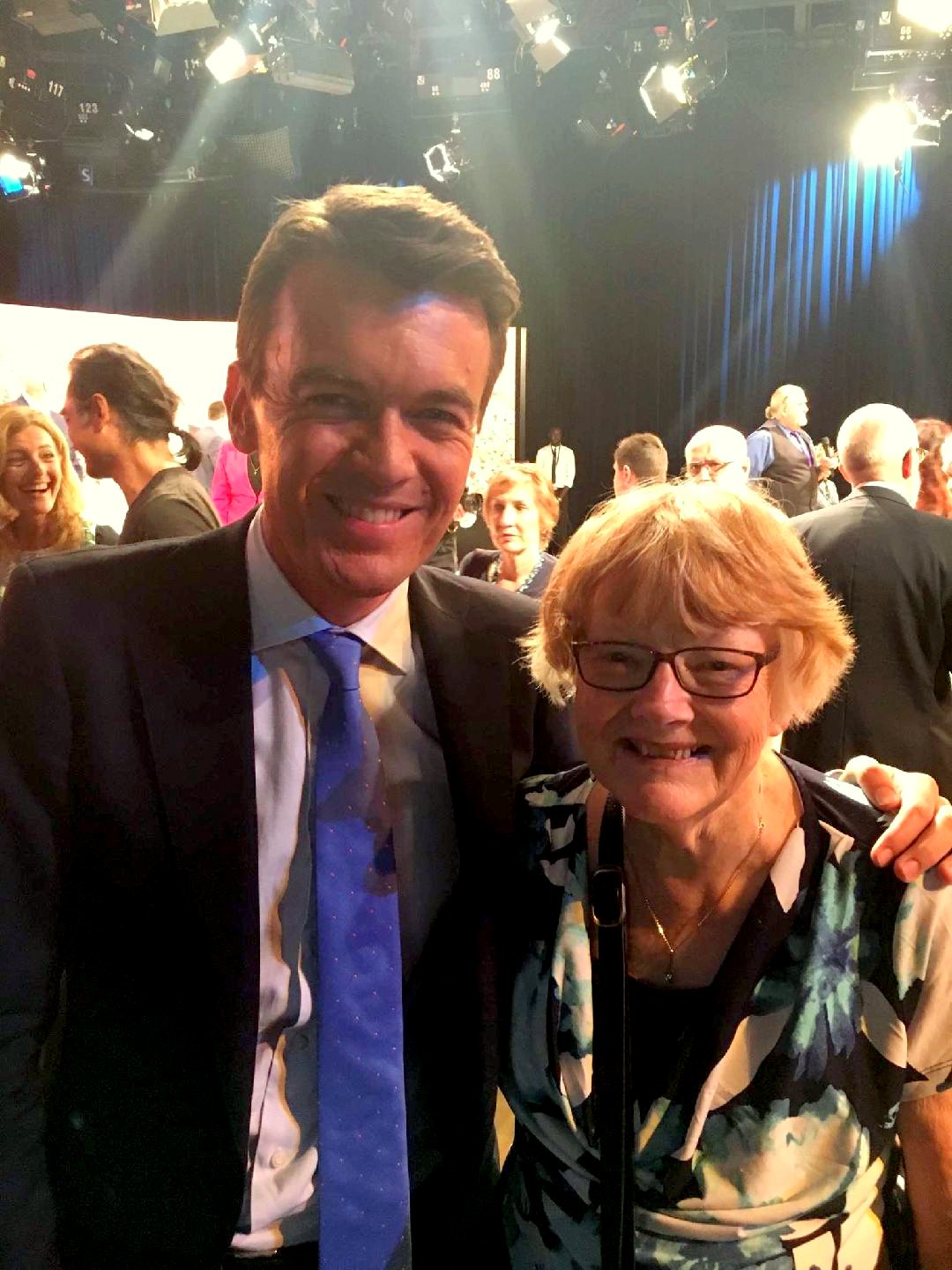 This was obviously going to be something big. Special, and important too.
The hype and advanced briefings, instructions and directions were very precise and unequivocal.
The excitement and advanced planning reminded me of my friends and I preparing for our day at the Toowoomba Royal Show in the 1940’s and 50’s!!
When I knew my application to attend was confirmed, I was happy to hear other members of the BMABCF were also attending. Oh joy!
At last the Big Day arrived. Naturally I missed my early train. I was going to be late. I would not be allowed inside. Frantic texts went back and forth between friends –
I would be able to attend after all. I was seated in time to hear the honoured “welcome to country”.450 members from all over the Nation filled the studio (where Q&A and The Book Club are also produced). A palpable sense of wonder and expectation filled the air.
The stage was regaled with luminaries, The Chairman of the Board, Mr Justin Milne, 4/5 members of the Board, the Managing Director of the ABC, Michelle Guthrie, retiring Staff Representative on the Board, Matt Peacock and two ABC presenters, Pip Courtney from Landline in Launceston Tasmania and Costa from Gardening Australia, in Rockhampton Queensland. Both with several local ABC fans crowded around them. All the above Speakers were articulate and passionate about their jobs and the ABC. Listening to all of them seemed to spread a feeling of “all’s well with our Public Broadcaster”. the increase in online programming and the staggering number of podcasting and vodcasts were eye openers. There is no doubt that the attraction of viewing or listening to suit the individual, is changing programming into the future. Many changes have had to take place, all media is suffering from huge changes, with the printed media the worst affected. I truly wanted to believe how great everything was with Aunty. However so much seems to be lost over the last few years. Then again, the millions of dollars that have been pulled out of the ABC Budget, is it any wonder so many familiar faces and programs have been lost?
I must enthuse about the Presentation of all the above and it showed the extraordinary creative skill of ABC producers, camera and sound crew and everyone else involved in creating a 21st century, futuristic show. It was often quite breathtaking.

A Q&A followed, with the most often asked questions sent in by the public being answered by the appropriate person from the ABC.
90 minutes and it was all over. It was certainly a packed hour and a half.
We all retired to the foyer where a sumptuous lunch was laid out for everyone. This was a great opportunity to network among so many of the staff present and to mingle with all our favourite presenters. It was a top hour or two and mixing with so many people that we felt we already knew was an added bonus. Because we hear and see these talented staff so often it was a very enjoyable time.
I feel that I must admit the Title of the event as a meeting rather puzzled me as there was no interaction with the audience at all. The event took the form of a Presentation rather than a Meeting in any of its meanings.
So, I got out my trusty Oxford Dictionary to look up both definitions of Meeting, and Presentation.
Meeting: an assembly of people for a particular purpose, especially for formal discussion.
Presentation: the action or an instance of presenting or being presented – the manner or style in which something is presented.
Now you can cogitate among yourselves as to which, or what the event should have been called.
It was certainly a classy act. As a contemporary of mine said, “it was 100% professional and that is what the public expect from the ABC“.

Welcome…
We welcome newcomers,
join us and support our national treasure. The meeting on Saturday 21 March, 2020 has been cancelled. We will resume in safer times.