We will be meeting at 10 am on Saturday 20 August 2022 at the Grand View Hotel in Wentworth Falls.

Note this meeting will be for ONE hour. (The executive committee will be meeting at 11 am.)

We still need to be vigilant.

If you have access to Crikey, you may want to read:

And in The Guardian:

Our July meeting at the Grand View Hotel at Wentworth Falls
is on Saturday, 16th July, 10.00am. The Grand View has a
terrific menu, so we suggest that you stay for lunch after the meeting. And
of course, it will be a timely opportunity to chat and exchange ideas
with like-minded Friends

Please join us at 2pm on Sunday 15 May for our major election campaign event and hear from a fantastic line-up of speakers. 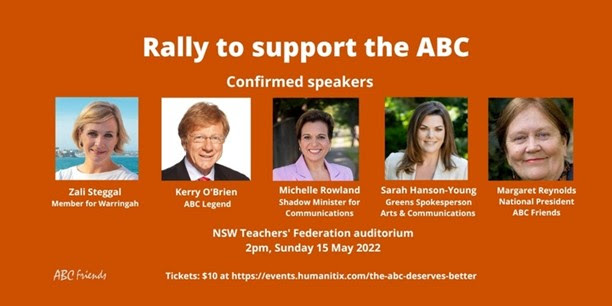 This is a crucial election for the ABC. Its funding has been been cut by more than $700 million since 2014. Its independence has been undermined. And the powerful Murdoch media and Institute of Public Affairs are pressing the government to sell it off.

Join us to hear from Kerry O’Brien about the issues at stake for the ABC. Find out from Michelle Rowland, the Shadow Minister for Communications, what policies Labor will implement for the ABC if it wins government.

If there’s a hung parliament, will the Greens and the Independents support the ABC? Sarah Hanson-Young, the Communications spokesperson for the Greens and Independent member for Warringah, Zali Steggal, will outline their positions. Margaret Reynolds, the national President of ABC Friends will address the event by video.

An invitation has also been sent to the Minister for Communications, Paul Fletcher.

Please join us to send a powerful message to all political candidates and parties: Australians support a strong, independent and publicly-funded ABC.

Numbers are strictly limited. To purchase your ticket (only $10!) go to https://events.humanitix.com/the-abc-deserves-better

NOTE: This is a covid-safe event. Attendees will be required to wear masks.

Thank you for your support.

Our next market will be the Magpie Market at Lawson, on Easter Sunday 17th April, the day after our meeting. We’d love to see you there. Fingers crossed for good weather!

Previous Posts
Welcome…
We welcome newcomers,
join us and support our national treasure. We meet at 10 am on the Third Saturday of each month at the Grand View Hotel in Wentworth Falls. 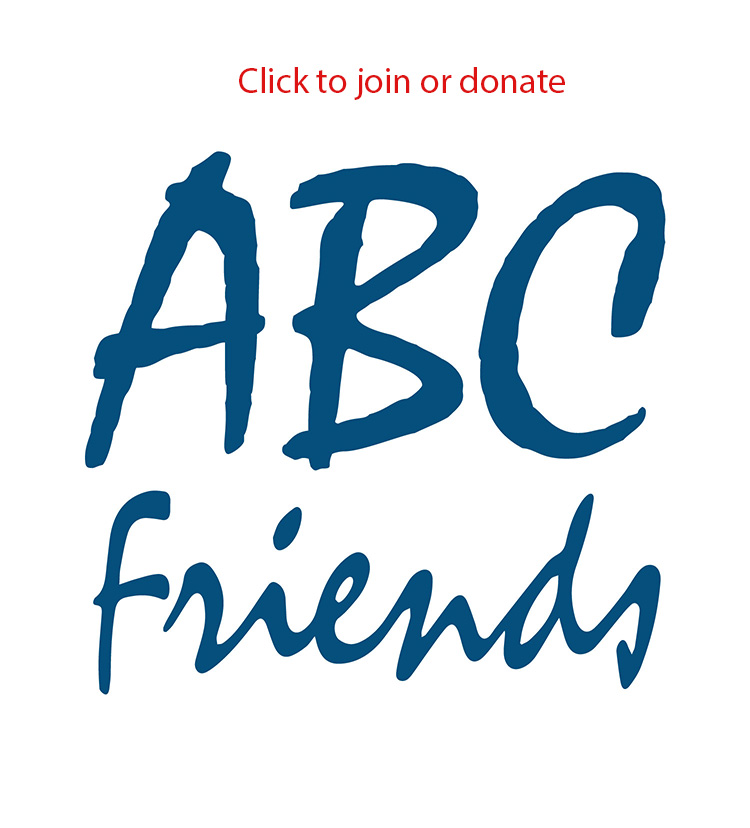